Carrin has made a great sketch for this week`s challenge at Skissedilla.
Hope many of you will join us on this one! 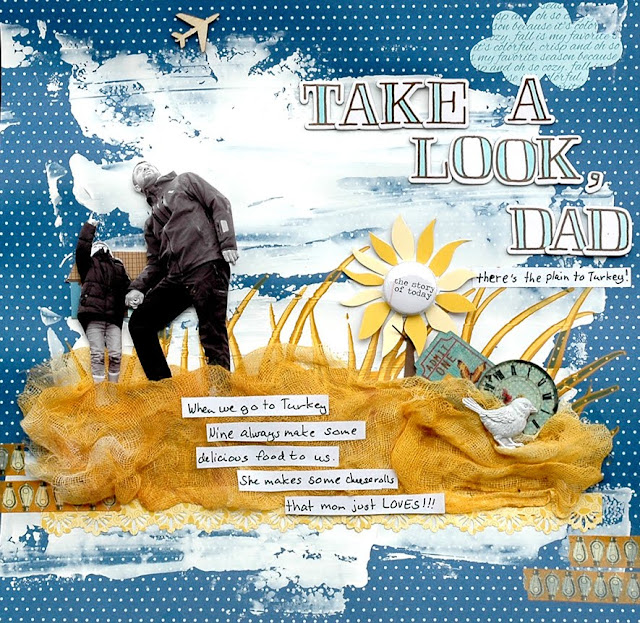 I was inspired by the clouds and the position of the title, but I moved the photo to the left.

Here is my take on case file #47 at CSI.
As evidence I have used stripes, floral pattern and frames.I wrote my journaling as a welcome message.My daughter loves to watch the Toy Story movies.
And she always says that she wants to go to Andy`s (the movie character`s) birthday.
So the journaling is about how Andy welcomes her to his birthday party ;) 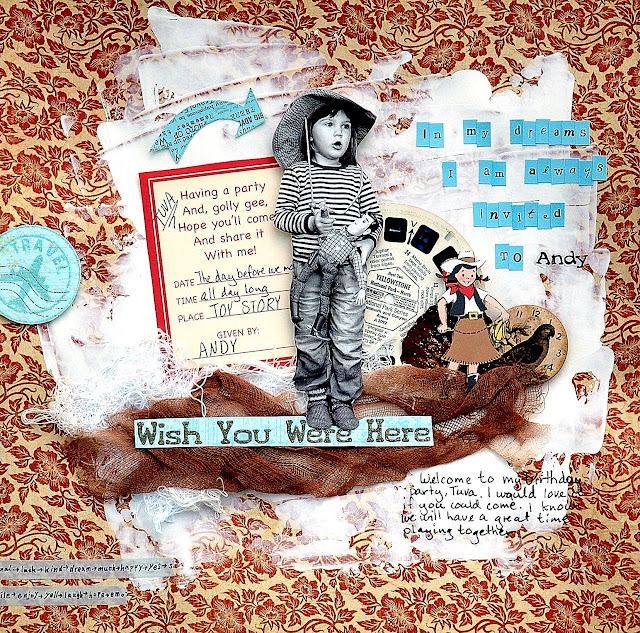 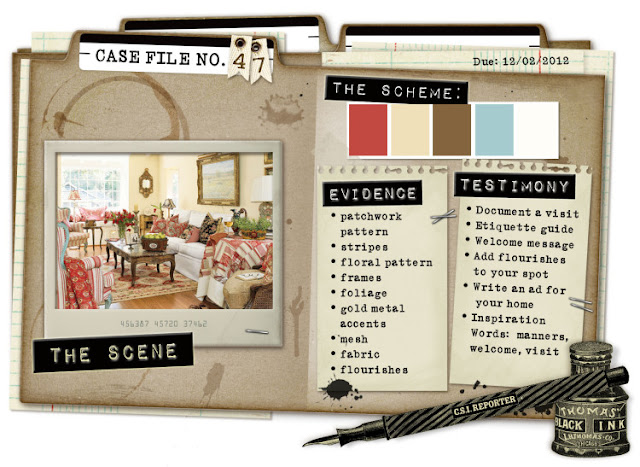 Come join us on this case file! :)

Today at Prima`s blog you can find Thanksgiving projects from the design team.
So come on over and take a look, and get inspired ! :)
Here is the layout that I made: 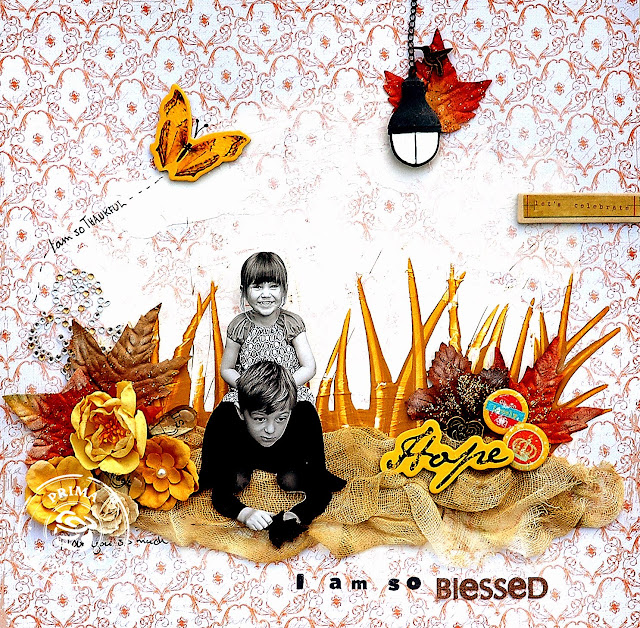 Here are a couple of projects that I had in Scrap365`s October issue.

The first one is a printer tray that I have made into my children`s department store :)
I saw that Iris Babao Uy had decorated a printer tray once. And I thought it looked
like so much fun. So I bought one right away. BUT......the printer tray was not taken
out of the plastic bag until months later.........not until I got this idea of making a department store.
So here it is: 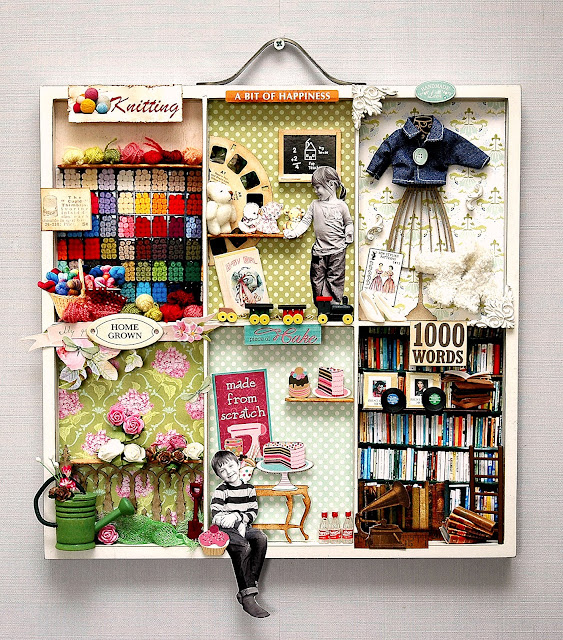 This layout was made for one of Scrap365`s galleries.
It was about "if one could turn back time/going back in time".
So I made this about my father. He was the one that got to know my husband first (even before me).
But unfortunately he died before we really became a couple and got married.
So that`s why I made this layout:
"I could go back in time, I would have told him that we got married
and have two lovely children."  Our boy is named after him :)
The picture of me and my father is from our trip to Turkey, when I first met my husband :) 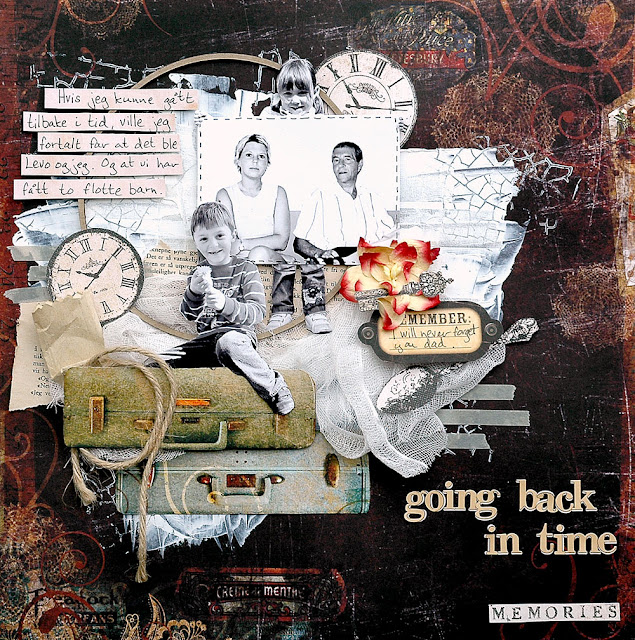 Sketch #185 is out at Skissedilla. Come on over to us and take a
look at this great sketch that Carrin made.
We also have a very talented girl as our selected scrapper this month;
Yoko Tsubaki from Japan. Be sure to visit her blog :)

We have reached 1000 followers, and will give away a RAK this week to
one lucky follower. So make sure to follow our blog,
if you`re not already doing it ;)

Here is my take on the sketch: 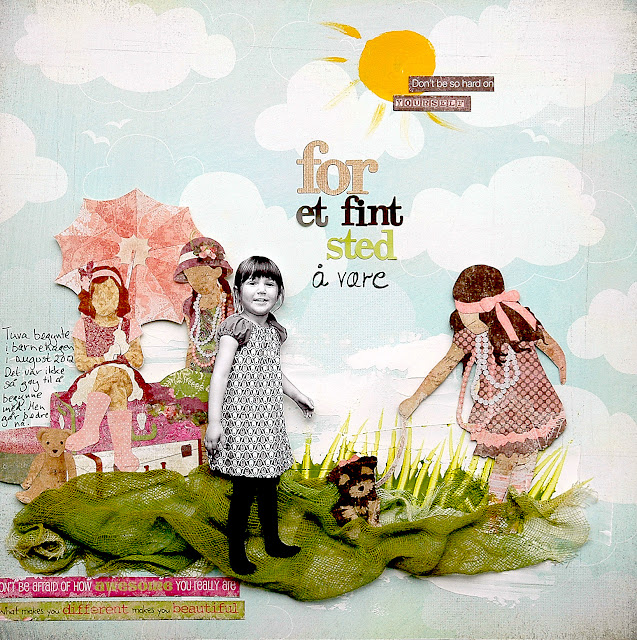 I have turned the sketch one step to the left. 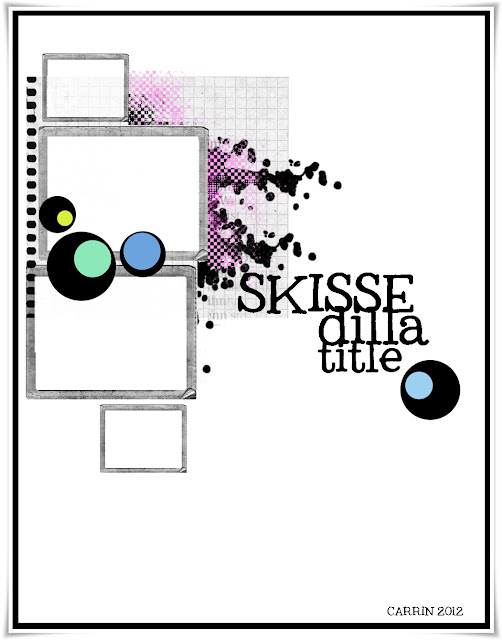 3 new layouts from me

Here is my layout for Prima`s product pick this month:
I used the Banda – Golden yellow #562021 for my product pick. 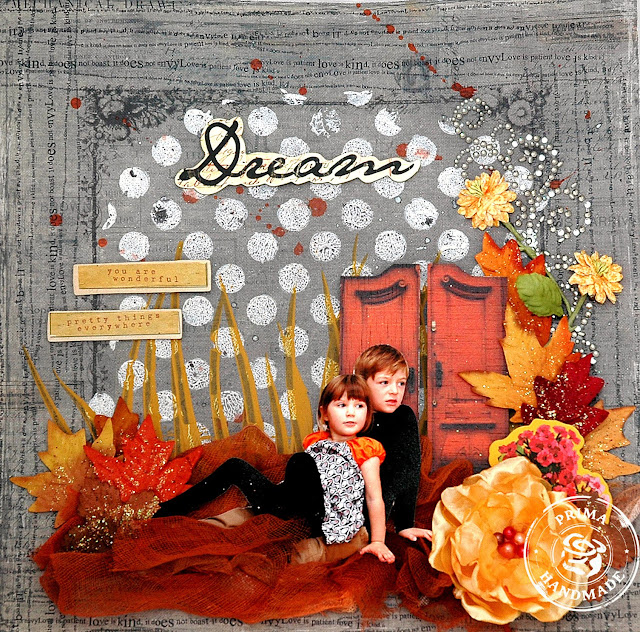 Do you want to join us on the PPP or BAP? Take a look at Prima`s blog for more details. 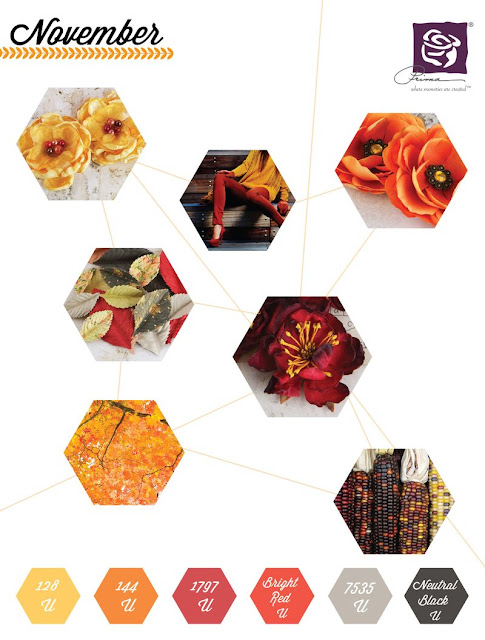 My take on Skissedilla`s sketch #183
Come on and join us on the great sketch that Linda Brun has made.
Visit Skissedilla for more informations. 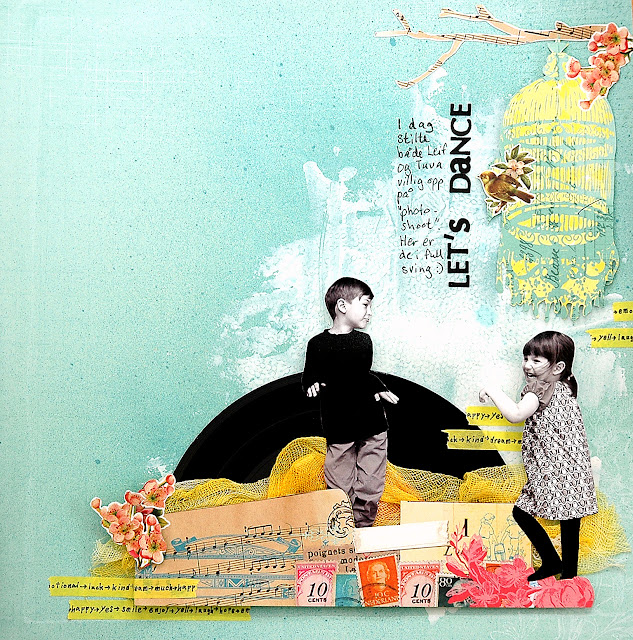 And last but not least; my take on CSI`s case file #44
I have used stripes and frame as evidence. And my testimony is written as swirls. 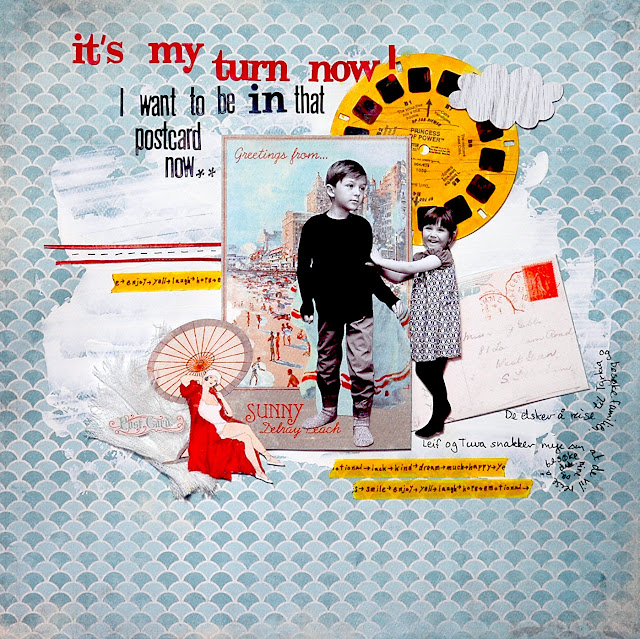 Blogs I love to visit